Your Gut Health, Part 1: How the Bacteria in your Gut could be Used to Treat Mental Illness

May 25, 2016 10:17 am \ Liz Newman
There’s a lot of speculation about the origins of so many diseases such as ADHD, autism, schizophrenia, bipolar, anxiety, depression and multiple sclerosis. And why are we seeing it now more than ever? A lot of research is going into the study of the gut’s microbiome, its healthy and unhealthy gut flora, and the possible contribution of the unhealthy gut flora to the increase of these diseases. But how?

According to new research published recently in the journal eLife, scientists with New York City’s Icahn School of Medicine at Mount Sinai propose that altering the gut bacteria has a direct impact on the myelin in the body. Myelin is an insulating layer, or sheath, that forms around nerves, including those in the brain and spinal cord. It allows electrical impulses to transmit quickly and efficiently along the nerve cells. If myelin is damaged, neural communication is impaired and these impulses slow down. This type of damage results in diseases such as multiple sclerosis and mental illness.

In the study, facilitated by NYC’s Icahn School of Medicine, it showed that when the unhealthy gut flora taken from depressed mice was transferred into the healthy mice, there where changes to the myelin sheath of the healthy mice. These mice even began to “engage in social avoidance behaviors” that are similar to depression.

There are many studies found in PubMed that show similar results between the gut-brain axis and the illnesses mentioned above. I am a firm believer of the influential relationship between the gut and the brain and I look forward to studying the ongoing research on this topic. I also agree that our gut, widely referenced as our second brain, is a root of so many of these diseases.
Acupuncture is of great support with any digestive discomforts you may be experiencing. We work closely with the Spleen, Stomach and Liver organs. By supporting these organs and/or moving any excess energy among them, we reach and support the root of many gastrointestinal diseases. A healthy gut is the first stage of overall health.
Sources:
http://www.clinicaltherapeutics.com/article/S0149-2918(15)00226-X/pdf 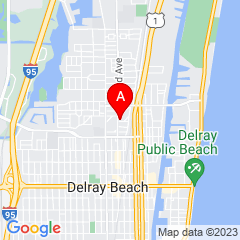 Check out Liz Newman on Yelp

Liz Newman Wellness has been recognized as one of the top Delray Beach Acupuncture practices.
Verified by Opencare.com